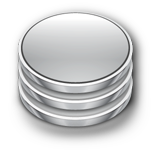 I have completed a tutorial that I have been working on for a long time. Its the Interactive SQL(Structured Query Language) Tutorial – it teaches you the basics of SQL. SQL, for those of you who are unaware of it, is the language used to access and manipulate data within a database. It is very simple and very powerful.

The cool thing about the tutorial is that it is interactive – each vistor can have a personal sandboxed database in which they can run any query they want. I call it the interactive query box. You can test almost all the SQL statements in this box without worrying about data loss – all the data is stored temporarily in this system. But you will have to install an extension called Google Gears in your browser.

Google Gears is an open source browser extension that lets developers create web applications that can run offline. You can install it in Firefox and Internet Explorer. If you want to try out SQL queries as it is presented in the tutorial, you need this extension.

You can view the tutorial without this extension, but you will be missing out the coolest feature of the tutorial.

I have tried to make the tutorial as simple as possible. If you have learned about RDBMS, you know there are stuff like Normal Forms and Cardinality and other brain numbing definitions. I have removed all but the most essential definitions in my tutorial – it makes it easier to understand.

Even after removing the confusing definitions, I have apologized about the rest…

Sorry if you find the definitions here a bit too much. Trust me – you are much better off here than if you are learning SQL from a database book. They are going to lay definitions on you till your eyes bleed. I have seen brave men die from too much exposure to definitions.

I have learned a lot of languages and programming techniques by reading books and sites – and one thing I have noticed is that most of the material is unbelievably dry. Its extremely hard to keep your eyes open when you read them. That is why head first books

are so popular – they made learning fun.

Its been a policy of mine to inject humor into such tutorials – if you have read any of my earlier tutorials, you would know that…

Also, I am a humor blogger – so this stuff comes easily to me.

What I am trying to say is that the new SQL tutorial follows the same pattern – there is a lot of humor in it. So people can read it easily – without resorting to caffeine shots.

I Want Your Help…

Now that the writing part is over, I am proof-reading it. I have corrected a fair amount of stupid mistakes so far – but I am sure that there are many still left. I was hoping that a few of you would head over to my SQL Tutorial and go through it. If you notice any mistakes, just put it in the comment field at the end of each page. Once I fix an error, I’ll remove the comment – that way, when I launch the tutorial, people will think that there were no errors in my tutorial. Devious, isn’t it?

About Binny V A 102 Articles
Freelance Web Developer on the LAMP Platform. Maintains a blogs http://blog.binnyva.com/. Other sites include Bin-Co and OpenJS