Time to take a break from the WordPress Plugins. This time, its a Gimp Plugin. Gimp, or GNU Image Manipulation Program, is a software for such tasks as photo retouching, image composition and image authoring. Its what we Linux guys use instead of Photoshop. Web 2.0 Shadows is a Gimp Plugin – or as Gimpers call it, a Script-fu.

This plugin will add a shadow to your image and give the full thing a background color of your choice. Why the background? for two reasons…

JPEG Images
they don’t support transparency – they need some background.
IE6
I created this plugin years ago – just never got around to realeasing it. When I created it, IE6 was still used – and it did not support Alpha Transparency in PNG images. So a background was needed. 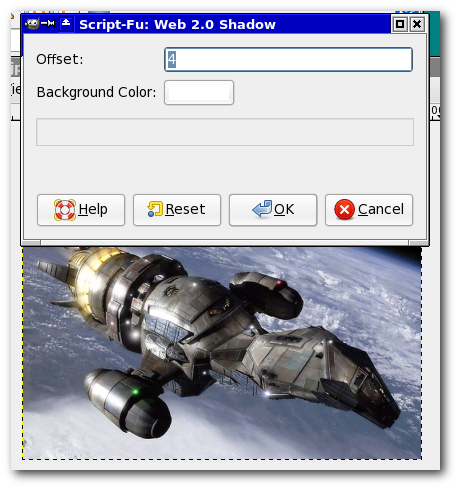 Almost all the pictures that appear in any of my blogs has been treated with Web 2.0 Shadow plugin. If you don’t believe me, take a look at few of my old posts.

To install the script, download the .scm file and follow the installation procedures specified in the Gimp documentation. This should work on both Windows and Linux.

I have written a series on creating Web 2.0 style graphics in Gimp. If you are interested in Gimp, take a look at that too.

One thing that might interest you – this plugin is my only program in Scheme. This is the closest I have been to doing any work in Lisp(Scheme is a dialect of Lisp). I hope to change this someday.

This plugin is part of the Plugin Week 2 series. Plugin Week is a week when I publish a new plugin each day for an entire week. I have already one this one time – so this is Plugin Week 2. The plugins released so far…

If you want to get news about the upcoming plugin releases(remember, 1 per day), please subscribe to this site.

About Binny V A 102 Articles
Freelance Web Developer on the LAMP Platform. Maintains a blogs http://blog.binnyva.com/. Other sites include Bin-Co and OpenJS